There have been no significant advances in robotic transmission technology in over 50 years.

It’s time for a Revolution in Motion 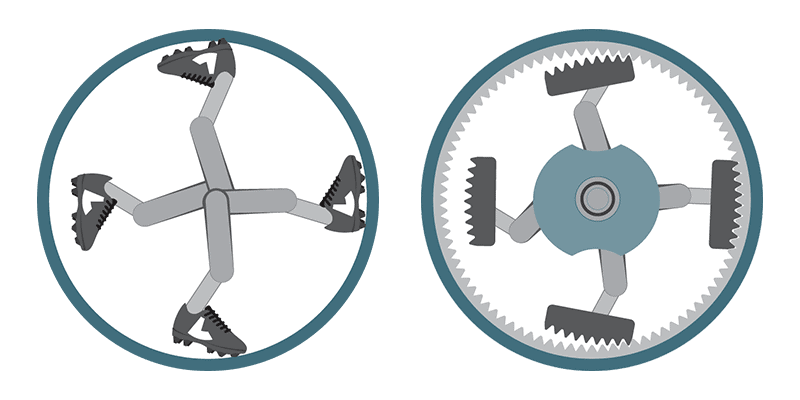 How Do Athletes do it?

The M-DRIVE was developed on principals of kinesiology and kinematics, the study of the human and non-human body movement.

The innovative design simulates the motion of an athlete running,  the pads and linkages emulated hips, legs, knees, and feet of a mechanical runner.

Motion algorithms were created, modeled and applied to the M-DRIVE mechanism.

The brains behind the Motus M-DRIVE is Carlos Hoefken, the CTO and Founder of Motus Labs. As a former robot systems integrator, Carlos was frustrated with the cost and limitations of current gear drive technology. Carlos was determined to come up with a smarter solution. His determination led to many late nights, lots of tinkering and five years of dedication, resulting in a unique, breakthrough precision transmission architecture that has five U.S. patents issued and eleven U.S. and international patents pending.

The M-DRIVE ‘legs and feet’ replaced the age-old brute-force gear teeth with low-friction mating surfaces that act like cleated shoes running on the inside of a cylinder that won’t slip under pressure.

A new method was applied to intelligently create and control the movement to maximize torque and minimize slippage and flexing. Later, a cam follower design and software tools were created to produce a perfectly optimized motion.

Ready for the Revolution in Motion

Motus Labs technology will change the face of the global robotics market.

The M-DRIVE is a core technology in our high-precision, high performance, haptic robot. Positioned as the first personal robot, it gives arms and legs to the Internet of Things (IoT).

Mind-blowing invention, a generational architecture that will be essential for decades.